All the Light We Cannot See by Anthony Doerr

All the Light We Cannot See has been in the most popular book lists for several years and also won the Pulitzer Prize, so is probably already known to most readers. I’m not sure how I missed all of the hype, but I began reading without knowing anything about the plot.

The chapters rotate between two main characters, Marie-Laure and Werner, whose lives don’t intersect until the end of the book. The story began in the mid 1930s, when Marie-Laure was a little girl living in Paris with her father and Werner just a few years older, an orphan being brought up in a children’s home in Germany along with his much-loved younger sister.

Meanwhile, Werner’s talent for repairing radios was developing and he and his sister used it to listen to educational radio programs being transmitted across Europe. Soon after, Werner gained a place at a frighteningly vicious school for Nazi boys where his skill, bravery and obedience allowed him to advance, despite his misgivings about the inhumane treatment of his fellow students and more particularly, the prisoners whom the students ‘trained’ on. When Werner found himself on the wrong side of one of his instructors, he was shipped off to the war to track illegal radio transmissions, even though Werner was underage.

I don’t think I’ve ever read a novel where one of the main characters was a German soldier in World War Two. I felt enormous sympathy for Werner and his fellow students.

Marie-Laure’s character provided an ideal, someone to protect who was also brave and resilient, but most of all, she was someone who represented the best of humankind, leaving us with hope.

The writing is beautiful, but for me the story lacked emotional depth. I think this was because the chapters switched between the two characters so often and so quickly. Longer chapters may have allowed Werner and Marie-Laure to become more real and less of an ideal.

Despite this complaint I don’t regret reading All the Light We Cannot See, which is a surprisingly fast read due to the short, alternating point-of-view chapters.

About Grace by Anthony Doerr 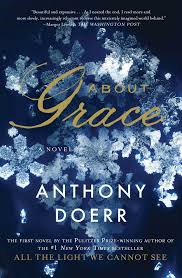 My Aunty G, who is always reading something interesting, recently recommended that I read All the Light We Cannot See by Anthony Doerr. I dutifully trotted off to my library only to find the book was already out, so instead borrowed About Grace, Anthony Doerr’s first novel.

About Grace follows the life of David Winkler, a hydrologist with a particular love of snow flakes. I found this character’s love of snow incredibly interesting and exotic. Living in Australia, I’ve rarely seen snow, and had no idea that each snowflake is different. I spent ages Googling actual photos of individual snow flakes while reading this story. In real life, I love sunshine and the beach, but from the safety of my computer screen, have developed an appreciation for snow flakes and weather at the other end of the scale to Melbourne’s more temperate climate. 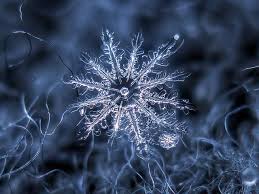 Anyway, back to the story. As a very young child, David dreams about a man who is hit by a bus while he and his mother watch in horror, only for this event to happen later in real-life. For the rest of David’s life he suffers from repetitive dreams about harrowing events which later come true.

As a lonely man in his early thirties, living in Anchorage (Alaska) during the 1970’s, David dreamed about meeting the love of his life, Sandy. The actual event unfolded exactly as David had dreamed it would, although when they met Sandy was married to another man. David persevered, believing that his and Sandy’s love was inevitable and eventually she succumbed, although I never felt sure of whether Sandy truly loved David or if she wanted to escape her real life.

Sandy eventually fell pregnant, then she and David ran away together to Ohio. They married bigamously before their daughter, Grace, was born.

David was as happy as a cricket until he started to dream of a flood, where he tried to save baby Grace and failed. When heavy rain began to fall and David believed that his dream was about to come true, he panicked, and not knowing if Sandy and Grace survived the flood, ran away to live on a Caribbean island.

Perhaps not surprisingly since David is a hydrologist, there are a great many passages about snow flakes and descriptions of water in its many forms, running through the entire story. The story moves quite slowly at times, but it is worth reading carefully to enjoy the beautiful descriptions. The characters can be irritating, in that their actions very often seem ridiculous and implausible, but I fell for them and the story just the same.

It is always a pleasure to find a good new-to-you author, and to read their stories in the right order. I’m glad I started with About Grace, and am looking forward to reading All the Light We Cannot See. I’ll be recommending About Grace to Aunty G too.